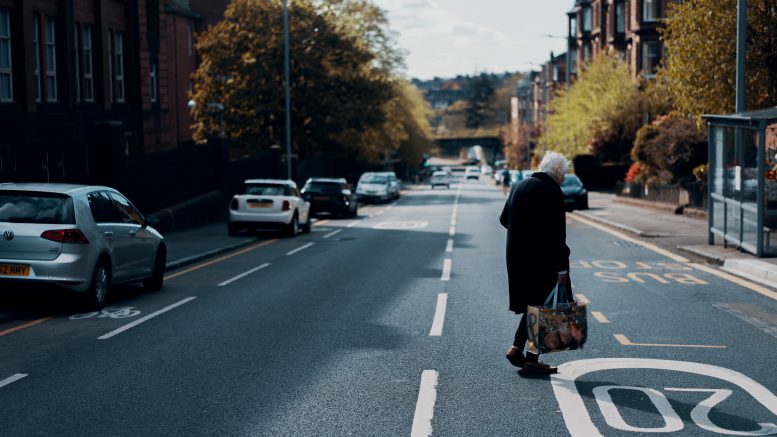 Photo by Ross Sneddon on Unsplash

Land-use analysis of three sites in two Scottish cities shows that private cars are taking more than their fair share of the available space.

The research was conducted by Marli de Jongh, a PhD student at the University of Glasgow, during a policy internship funded by SAGES, the Scottish Alliance for Geoscience, Environment and Society.

Working with Scotland’s Futures Forum and the Edinburgh Centre for Carbon Innovation (ECCI) in the context of the climate emergency declared by the Scottish Government in 2019, Marli looked into how much space is dedicated to different uses in parts of Glasgow and Dundee.

With a particular focus on transport, the research casts a light on how we currently use – and could use – the finite space we have in our cities to support a more sustainable approach to life.

Read the full report and a summary of the research below.

The aim of this project was to assess how space is allocated in city environments, with a focus on how much space is dedicated to private vehicles in comparison to other modes of transport.

Using three case studies in Glasgow and Dundee, the study shows that space is overwhelmingly dedicated to the car: roads, car parks and on-street parking cumulatively account for the highest proportion of space at each site. Across each case study, space dedicated to cars ranged between 34.5% and 41% (Fig. 1).

Furthermore, green spaces, public transport and cycling infrastructure are extremely lacking and appear to be of relatively low priority. This is particularly apparent at the Scottish Events Campus (SEC), Glasgow – host venue to COP21 – where more space is dedicated to outdoor smoking than bike parking.

The above recommendations are in line with the objectives of the National Transport Strategy by prioritising active and public transport, which will reduce car dependency and in turn help to reduce greenhouse gas (GHG) emissions in cities.

In Scotland, transport accounts for around 37% of total emissions and remains the only sector with increasing GHG emissions (Scottish GHG emissions report., 2019). Continued increase of GHG emissions within the transport sector reflects an increase of road transport emissions, primarily associated with increases in car ownership and dependence. In 2018 the number of licensed motor vehicles reached 3 million; its highest ever level. This is a 12% increase since 2008; where 71% of households had access to one or more cars for personal use (Scottish Transport Statistics, 2019).

Increased car dependency in cities can be a particularly problem leading to congestion and dangerous levels of air pollution. A common governmental response to congestion is to create more space for motor vehicles by building more roads and space for parking (Hymel., 2019). As more space is dedicated to road transport infrastructure, more people are encouraged to drive for convenience through induced demand (Chapman 2007; Hymel., 2019).

In this study, digital and field mapping were conducted to record how space was allocated in city environments using Ordnance Survey maps as base maps. Space was quantified using Edina Digimap and maps were later edited using Inkscape. Three case study sites with varying land use and developmental period were selected for the study: the SEC events campus, Glasgow; Dundee City Waterfront; and Finnieston, Glasgow. The size of the study area varied from 0.12 km2 to 0.27 km2. The results are discussed in a full length report in context of the National Transport Strategy‘s priorities and objectives.